LGBTQ: A Guide From Addiction To Recovery

Home  >  LGBTQ: A Guide From Addiction To Recovery 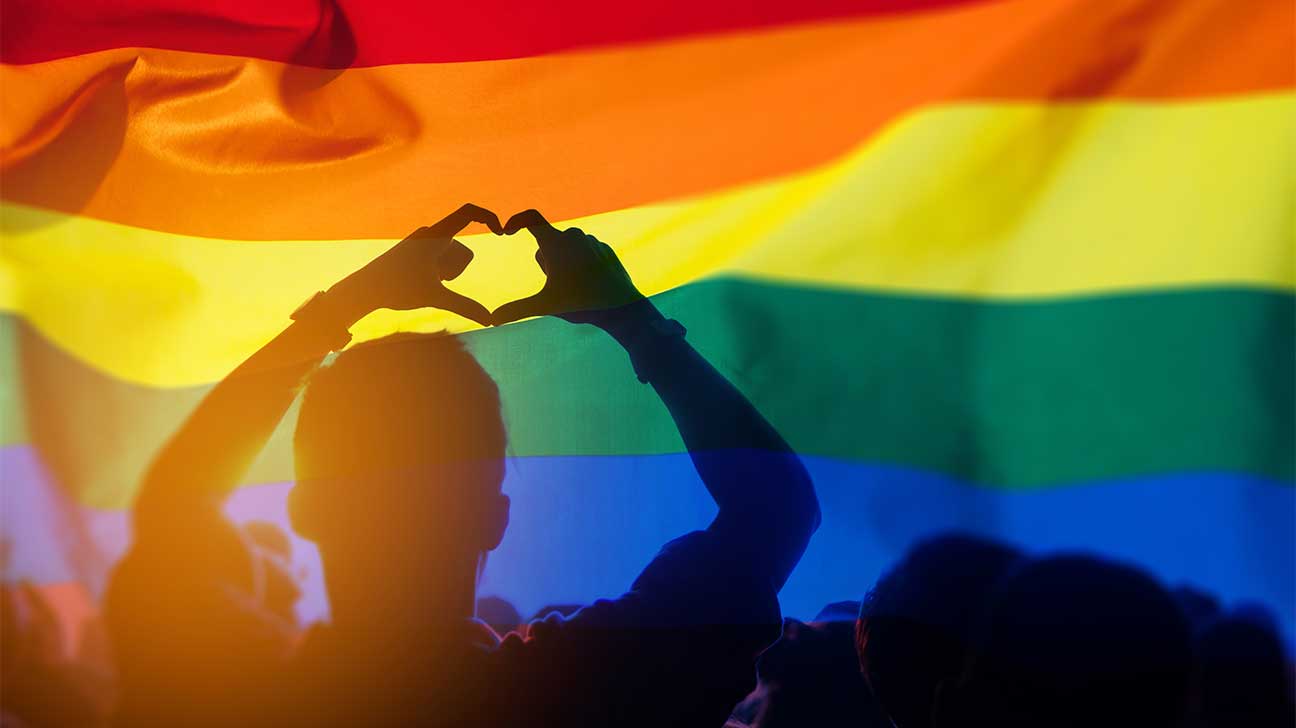 Millions of people in the United States report struggling with some form of substance abuse—including an estimated 20 to 30 percent of the LGBTQ+ community.

Data from the U.S. National Survey on Drug Use and Health shows that people who are lesbian, gay, bisexual, trangender, or queer (LGBTQ+) are at an increased risk for developing a drug or alcohol use disorder.

This guide can help LGBTQ+ individuals and their loved ones learn more about substance use in the LGBTQ community—and how to find the right treatment program for you.

Within this guide, you’ll find:

Content warning: This guide contains information that may be triggering for LGBTQ+ readers who are struggling with mental health or substance misuse.

Why Does The LGBTQ+ Community Struggle With Drug Abuse?

Substance use disorders, a term used to refer to the clinical diagnosis of substance abuse or addiction, is a complex issue in any community.

Drug and alcohol use disorders may very well be influenced by genetics, biology, environmental factors, and other factors unique to a person’s lived experience.

Not every person who is gender non-conforming, transgender, or identifies as non-heterosexual is the same.

A person’s experience with substance use can be highly personal and may not be reflected in the experience of another person.

However, personal experiences shared by LGBTQ people in treatment and in recovery, through research and media, have identified a variety of risk factors commonly shared.

Discrimination And Substance Use

Members of the LGBTQ community are at increased risk for encountering various forms of discrimination in: employment, housing, healthcare settings, and the criminal justice system.

People who are marginalized—on account of race, ethnicity, disability status, or socioeconomic status—may feel the impact of discrimination more acutely. And this can have a range of consequences.

Experiencing discrimination can have a profound impact on a person’s sense of safety, livelihood, and one’s ability to trust others.

Discrimination faced by marginalized groups has also been linked to:

The effects of discrimination can be felt in the body, as well as psychologically.

Without supportive alternatives, drugs and alcohol may offer an escape, help ease pain, or be used to quell difficult emotions, thoughts, or memories.

Internalized homophobia is a term used to refer to a form of resistance to fully accepting one’s sexual orientation.

Homophobia is often spurred by discrimination, social stigma, or growing up in a household or community that is not accepting of LGBTQ+ individuals.

This phenomenon can create a feeling of being “lesser than” or “wrong”—a feeling that may be validated by others who espouse homophobic beliefs.

This internalization of discriminatory or hurtful messaging can negatively affect mental health and potentially lead to self-medication in an effort to escape or cope.

Increased Risk For Harassment And Violence

Members of the LGBTQ community not only face higher rates of discrimination—they also are more likely to become victims/survivors of violence.

Having a history of trauma or violence is associated with a higher risk of drug and alcohol abuse, having a severe substance use disorder, and difficulty maintaining recovery.

The LGBTQ community disproportionately experiences mental illness, which, like substance use disorders, can be influenced by factors such as trauma and discrimination.

An estimated 9.5 million people in the United States have both a substance use disorder and mental illness. Among LGBTQ individuals, this rate of co-occurrence is even higher.

How Does Substance Abuse, Stigma, And Discrimination Affect Mental Health?

Substance abuse and issues specific to the LGBTQ community can affect mental health in a number of ways.

Both LGBTQ individuals and people with substance use disorders in general are at increased risk for suicide, self-harm behaviors, low self-worth, and depression.

Thoughts of suicide can both trigger and be induced by substance abuse.

Together, they can create a heart-wrenching cycle for both individuals and their loved ones, who may not know how to help.

Unfortunately, higher levels of care—and other substance use treatment services, more broadly—are not accessible to many who need it.

This is especially true for those who lack health insurance or require specialty care for co-occurring medical or mental health issues.

Members of the LGBTQ community can encounter a number of challenges in accessing treatment or within treatment spaces that can complicate the treatment process.

Treatment for mental health and substance use services can come at a hefty cost, with or without insurance.

With higher rates of poverty and houslessness within this community, LGBTQ individuals may face minor to significant cost barriers to addiction treatment.

Many LGBTQ people report being discriminated against by medical and behavioral health providers.

This can lead to distrust, deter people from seeking care, and make it difficult for them to fully engage in the treatment process.

Not all drug and alcohol rehab centers are accessible to LGBTQ clients, due to cost, transportation requirements, or the belief system of staff at some facilities who may be uninformed about LGBTQ-related issues.

The Substance Abuse and Mental Health Services Administration (SAMHSA) identifies accessibility and the competency of counselors to address specific needs of LGBTQ clients as primary challenges in substance use treatment spaces.

But addressing challenges in treatment spaces isn’t a burden that should be placed on those in need of care. People don’t fail treatment, but it can fail them.

Treatment providers must work to ensure that their treatment facilities are accessible and prepared to meet the needs of people of all gender and sexual identities.

What Treatment Plans Are Best Suited For The LGBTQ+ Community?

Substance abuse treatment for the LGBTQ+ community is generally the same as that for the general population—however, additional considerations may apply.

Rehab generally involves a wide range of treatment services and modalities to help address the physical, emotional, mental, and psychological aspects of addiction.

For LGBTQ clients, however, adopting principles of care can help ensure that people of all gender and sexual identities can receive competent and comprehensive treatment.

A Range Of Modalities

A range of treatment modalities can help LGBTQ individuals find an approach to treatment that is helpful to meet their needs.

Treatment programs should accept transgender and nonbinary clients according to their gender identity, not the sex assigned to them at birth.

A continuum of care offers support services that supplement actual substance use treatment, such as:

This can be particularly beneficial for LGBTQ clients who are at high risk for relapse.

Offering opportunities for collaboration in the treatment process can help instill trust, empowerment, and ensure LGBTQ clients feel they have a voice in their healing process.

Addressing all aspects of health, including co-occurring mental illness, body dysphoria, and sexual health, can lay the groundwork for a holistic healing process.

What Treatments Do Rehab Programs For LGBTQ People Offer?

Rehab centers often differ in the types of treatment services they offer. Some may only offer traditional treatments, while others may supplement this with holistic therapies.

What drug and alcohol rehab programs may offer:

The offerings of a treatment center vary. If you’re looking for something specific, this information may be made available upon request.

Additional issues that can be addressed in a LGBTQ rehab program:

Like traditional rehab programs, these issues may be addressed individually, or in a group setting such as a support group or family therapy.

Across the United States, there now exist a number of rehab centers and programs that offer LGBTQ-specific treatment programs for people with substance use disorders.

Where LGBTQ-specific rehab may be offered:

Unfortunately, LGBTQ+ specific rehab options aren’t available in every community. For some, this may require traveling to a treatment center for care.

Some rehab centers in the U.S. offer specialty substance abuse treatment programs for LGBTQ clients. And the number of available programs is growing.

If you have questions about a rehab center’s treatment offerings for LGBTQ individuals, these can usually be answered over the phone by an admissions specialist.

It’s not uncommon for parents to struggle with how to understand their LGBTQ child, or where to start in getting them help for a known or suspected drug or alcohol issue.

Resources and tools for parents of LGBTQ youth and teens:

Substance abuse treatment for teens and young adults can differ from treatment offered through an adult rehab program.

Teen and young adult rehab programs, particularly for LGBTQ youth and LGBTQ youth of color, will generally work to address a number of factors specific to young people.

What can be addressed in LGBTQ teen drug and alcohol rehab programs:

What’s most important within these treatment spaces is to promote safety, confidentiality, and inclusivity for LGBTQ youth of all cultural, ethnic, and religious backgrounds.

Treatment experiences in adolescence can have a lasting impact on a young adult’s sense of self, personal identity, and self-worth.

Working with families as a unit, when possible, is strongly encouraged. This can offer support and resources capable of helping cultivate a supportive home environment for LGBTQ youth.

What’s Next: Recovery Resources For LGBTQ+ Individuals In Recovery

Addiction recovery is a lifelong journey, not a race. While seeking out a rehab program is sometimes the first step, learning the ins and outs of life in recovery doesn’t end there.

So what comes next? The truth is, life after rehab looks different for everyone. Many will continue receiving help through an aftercare program, support groups, or continue counseling.

This is your life. This is your journey. To best support whatever that process looks like for you or your loved one, here are some resources to help guide your way:

For Youth, Friends, and Families:

Resources For LGBTQ People of Color:

You’re Not Alone: Substance Use Trends In The LGBTQ Community

Living with addiction or a substance use issue can be very lonely. For some, it can help to know that there are others who have been, or are, in a place similar to you.

According to the 2019 National Survey on Drug Use and Health (NSDUH):

If you or a loved one is struggling with their mental health or thoughts of suicide and need immediate help, here is a list of hotlines that may be able to offer support: